10 brutal rejections that didn't hold them back

Walt Disney - Fired from the Kansas City Star in 1919 because he "lacked imagination and had no good ideas." JK Rowling - Rejected by dozens, including HarperCollins, when a small publisher in London took a chance on Harry Potter. 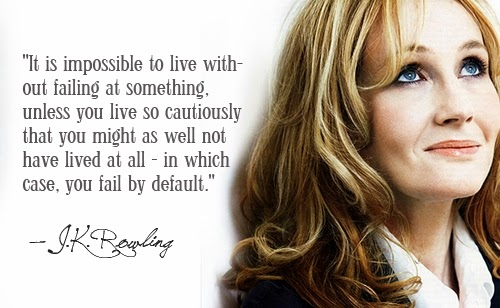 Oprah Winfrey - Fired as an evening news reporter of Baltimore's WJZ-TV because she couldn't separate her emotions from her stories.

George Orwell - A publisher turned down his legendary novel, Animal Farm, with the words "It is impossible to sell animal stories in the USA".

Jerry Seinfeld - Didn't find out he was cut from a minor role on a sitcom until he read the script and discovered his part missing.

Elvis Presley - After a performance in Nashville early in his career, he was told by a manager that he was better off driving trucks in Memphis (his previous job).

Steve Jobs - Fired from the company he started, Apple, but was desperately brought back in 1997 to save it. Apple is now the most valuable company in the world.

Stephen King - His first book, Carrie, was rejected thirty times. He nearly threw the book out when his wife saved it from the trash and encouraged him to keep trying.

Marilyn Monroe - At the start of her storied modeling and acting career, she was told she should consider becoming a secretary.

Abraham Lincoln - Demoted from Captain to Private during war, failed as a businessman, and lost several times as a political candidate before becoming President.

Thank you a lot for leaving your comment. We love hearing from you!! Have a nice blog tour and have loads of fun!! You might contact us at this address "imagination_station@aol.com"
Posted by Unknown at 02:49