I do make book covers, if you want me to make a book cover, send us email, with all necessary info.
(lively_muzna@hotmail.com) and (imagination_station@aol.com)

This is my first Cover (example) (all rights reserved)

Description: It's about a girl called Vivenne, who's been a nerd her whole life and then a popular jock makes a deal with her. She learns how to be popular in exchange to tutor the jock (Sean) maths.

Specifications: I would love if I could have a burnette nerdy looking girl with a guy who's blonde. I don't mind if you don't get a guy, as long as the girl looks nerdish :) 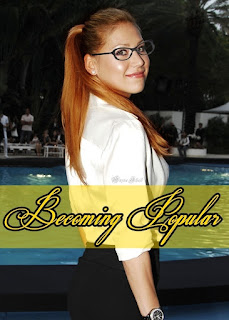 This is my second cover :)

Title: Black Widow Author: Bree Rathbone Summary: Seventeen years ago, twenty-seven year old Isabell Blackwood, killed her husband, George, and was claimed an innocent widow. She died a tragic death and now haunts Maria Cline, the woman whom George had an affair with. Maria's life is in danger and has kept her daughter in hiding. She kept her from the Black Widow for only one reason, the daughter's father was George. When young man, Joseph and his father Carlisle Burton come to town, can Joseph save Maria and her daughter? Based in the 1920's, this story is a tale of a dead widow dressed in black. Genre: horror and paranormal Ideas: I'm not sure.. Something really dark and scary and maybe a woman dressed in an old black dress. I don't know... Anything you have in mind would be good.. :) 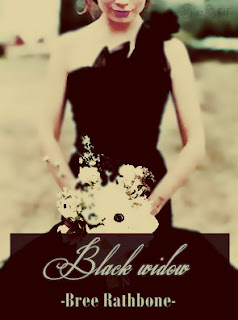 Do let me know whatever you think about this, and what all fonts and details are good for cover making according to you.

All ideas, criticise are invited!!


Title: Saving Sean
❞Author: BowDownBitches
❞Genres: Romance & Teen Fiction
❞ Mood: Hopeful. Happy.
❞Character Details: Logan is played by Gillian Zinser. Sean is played by Ashton Kutcher.
❞Cover or Banner Ideas: Girl with blonde hair. She could be smiling.
❞Subtitle: (if any) N/A
❞Summary: Logan Malik is an ordinary teenager. She loves hanging with her two best mates, Zac and Shelby. She loves shopping and telling jokes. Her parents, are millionaires; which (should) automatically make Logan...popular, right? Wrong. Logan is one of the losers, she's not a nerd, but she isn't popular by a long shot. One thing people critizise Logan for: Being too Kind. She hates it, but she knows people are right and so she decides to stop. But, bring someone she likes into the equation, she makes a rashional decision that could send her away, for a long time... Sean is a twenty four year old. One year, that's how long he's been teaching at HazelWood High. The first day back to school and he's in deep waters. He's brought an illegal substance onto School property. And what springs up on the first day back? Yup, a Drug Search. For ALL Student and Teachers. Will anyone take the fall for the nice, hot young teacher? Doubt it. Will Sean Carson be fired? Probably. Will Sean quit the Drugs? Maybe. Will it be a hard feat? Definetely. Will anyone help him? Could do. Secrets unfold, Pain revealed, Tears unleashed: Times are not looking good for either Logan or Sean.
❞Type of Request: [❞] Cover [ ] Banner
-Cameron. Thank you for making this!

20th of May 2012:
I made this banner- its SIXTH work :)
Character: Jackson
Played by: Landon Liboiron
You need to include the following
*The title of the book (The Sunset I Once Knew)
*My username (Forgetful_Me)
*Your username
Keep in mind that compared to his brother Cole, Jackson is the good guy. It's Kinda like Edward and Jacob in Twilight. Jackson is the good guy just like Edward is.

Please don't put "Good Guy" in the banner, I just want it to have that kind of feel, but at the same time I don't want him to look nerdy. You know, sweater vest, etc.

Email ThisBlogThis!Share to TwitterShare to FacebookShare to Pinterest
Labels: Book Covers and edits