VBBT: No Remorse by Ian Walkley 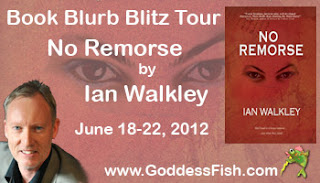 BLURB:
Two men, exiles from their respective societies, take conflicting approaches in the quest to regain their place and self-respect, and find themselves at war over a kidnapped girl.
Lee McCloud (“Mac”), a special forces soldier facing trumped-up charges of murder, is forced to work for a mysterious government outfit operating outside the law.
Khalid Yubani, cast out of Saudi Arabia for an offence against another member of the Royal family, seeks revenge through ruthless acts of evil. Engaged in the worst forms of human trafficking, Khalid buys Sophia, the daughter of Mac’s best friend, who has been kidnapped in Mexico. With time running out for Sophia, Mac enlists the help of a beautiful computer genius, a British SAS soldier and a Lebanese fixer to try to find Sophia and save her from the terrifying fate that Khalid has in store.
Although starting the quest as a man with no remorse, Mac gradually discovers a side of himself that he suppressed after witnessing the abduction of his own sister years before.
Dodging assassins, corrupt generals, evil medicos, Mossad agents, corrupt bureaucrats, and sharks, Mac ignores the order to stay out of trouble and follows Sophia’s trail from Mexico to Paris, London and Dubai, and the island of Andaran, where Khalid and his henchmen are waiting…
~~~~~~~~~~~~~ 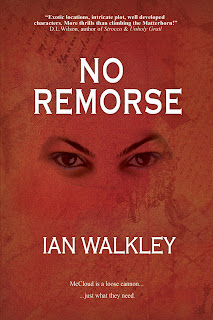 The long journey had been a nightmare, bouncing along in trucks and noisy cargo planes. First, they had thrown Sophia and Danni into the back of a truck filled with crates of vegetables, barely enough room to move, struggling to breathe in air that reeked like steamed cabbage. Crammed in with them were two others, Jeanette from Toronto, and Erika, from Sweden, who explained in stilted English that she was an exchange student, taken in Mexico City. Jeanette cried as she told them three men grabbed her as she was walking through the grounds of her hotel to the pool. The two bottles of water they’d been given were soon empty, and they sucked water from the lettuce leaves in one of the crates. Sophia tried to reassure the others, to talk her own confidence up. Air trickling in through a small ventilation grill couldn’t disperse the heat and fumes, and after a while Jeanette began to retch. The stench was revolting, and soon all four of them had emptied their stomachs into a plastic bucket they found in the corner.
"I'm so sorry, Sophe." Danni said, as the truck lumbered along. "I wish I'd never suggested we go shopping by ourselves."
Sophia shook her head and held Danni close and said words she was not so sure of herself. "They'll get us back, I'm sure of it." Still, she cursed herself for nagging their parents to let her and Danni go shopping. It should have been safe, only ten minutes from their hotel. But it wasn’t.
~~~~~~~~~~~~~ 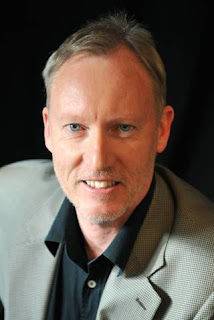 Ian Walkley has had a career in social and market research, and has been writing novels, short stories, travel articles and copywriting since 2008. He has co-authored two publications on small business and his first novel, No Remorse was published in 2012. Ian's screenplay "Deniable Justice" placed fourth in the Writer's Digest 2011 competition for best screenplay. Ian has traveled extensively and researched his subject, and brings a knowledge of location and technical detail to the exotic settings and big screen thrills. Ian lives in Brisbane with his wife and three children.
~~~~~~~~~~~~~


~~~~~~~~~~~~~
If You are intrested in doing a blog hop/giveaway/interview or anything with our blog, you may contact us: "imagination_station@aol.com"
Posted by Unknown at 05:36